Tools for a sustainable future

Veridium Labs is led by the founders of InfiniteEARTH, a leading global carbon credit producer. At InfiniteEARTH, our team created both the first REDD+ carbon accounting methodology, now embodied in the UN Paris Agreement, and the first validated REDD+ project to use it. Those efforts now protect over 64,000 hectares of forests and provide sanctuary for over 100 threatened or endangered species. 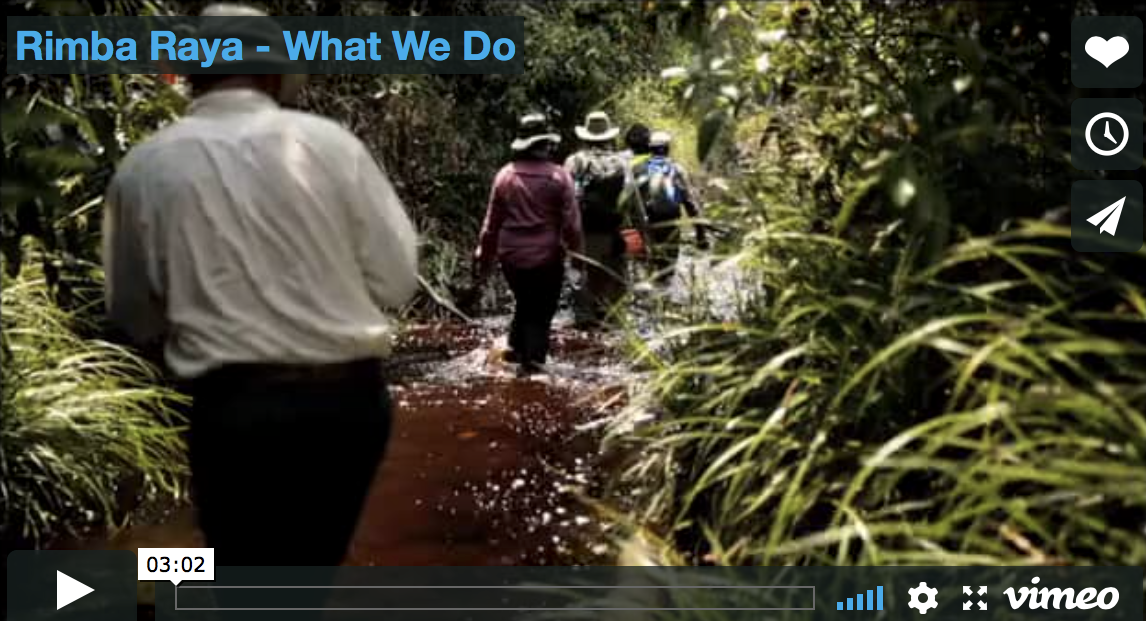 The world is changing. It’s up to us to change with it.

Climate change and environmental degradation are some of the most urgent issues facing the world today... but in a world that runs on an outdated economic system that simply extracts from our world without replacing what is extracted, how can we begin to address it?

At Veridium Labs, we believe the best way to combat carbon emissions and environmental degradation is by bringing the power of markets to bear on the problem. We know that addressing tough issues, and accepting responsibility for making the world a better place, can not only be the right thing to do but also the profitable thing to do.

After all, we’ve been doing it for nearly thirty years. 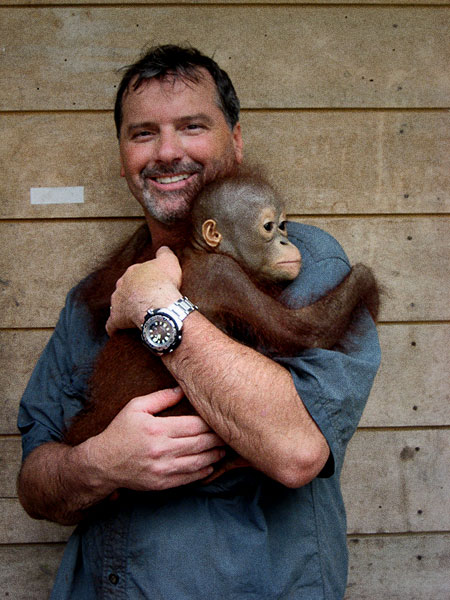 “As an employee in the mining and forestry business,” Lemons said in a recent interview with the Sustainable Jungle podcast, “clearly I was confronted and felt a little schizophrenic.... I was in the business because I had a love of nature and of natural resources, but the big employers of course are extractive companies, more than conservation. And so, in the process of working for those companies, I was confronted with a number of environmental challenges. But as an engineer I saw them differently than environmentalists were seeing them, and I was really interested in identifying what the economic drivers of those impacts were. And the conclusion I came to was that these were gross misallocations of valuable natural resources.” As an engineer, Lemons saw that over-extraction was mostly the result of a set of practical problems that could be solved, if approached with the right methodology.

And as an economist, he saw opportunity.

In 1990, partnering with investor Miguel Kleinkopf, Lemons co-founded EnVision Corporation, a consulting firm whose aim was to create economic incentives to help corporations become more responsible global citizens. EnVision’s first big success was with Focura SA, a Chilean timber company who had earned the attention and ire of environmental groups by clear-cutting cherry trees to produce pulp wood for the Japanese market. When EnVision reached out to the owner of Focura, they discovered that he hated the idea of pulping the beautiful trees... but the crucial American lumber market rejected Chilean cherrywood for native timber. So what was he to do? 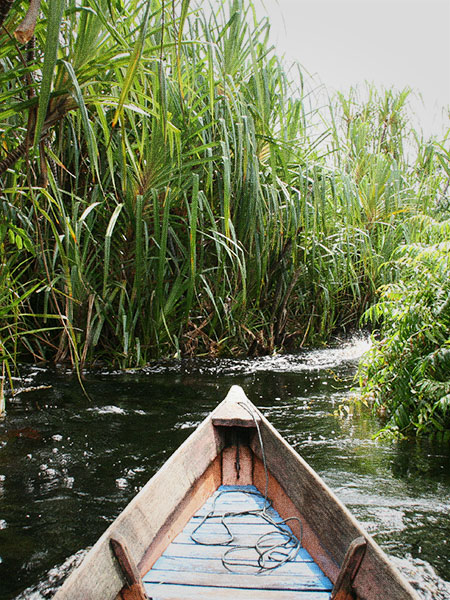 EnVision had an answer. They brokered a deal with a Taiwanese flooring manufacturer who had no problem buying their cherrywood from Chile. Within a year Focura had not only switched from clear to select cutting, they had also built a local manufacturing facility and employed an entire indigenous community. Their profits soared, and thanks to sustainable management practices, their cherry forest began to heal. And Lemons had proven that responsibility and profit are not mutually exclusive.

After EnVision, Lemons went on to be involved in the creation of several environmentally-focused companies, including Composite Technologies, which manufactured and distributed green, environmentally low-impact building products to companies like Home Depot, Lowe’s and Masonite/Stanley Door.

And in 2007, Todd Lemons found himself in the forest again.

Two years earlier, a palm oil company staked a claim over the Seruyan Forest along the southern coast of the rugged island of Borneo, in the Malay Archipelago of Southeast Asia. They intended to clear cut and replace with palm trees to produce lucrative palm oil, used in a variety of consumer products, from candybars to cosmetics. Workers stripped 10,000 hectares of the Seruyan over the next two years. Palm oil companies replaced the native vegetation with palm saplings to produce the valuable oil; the fertilizer they added to the soil leaked into the nearby Seruyan River, creating algae blooms that killed off the fish that local villagers downstream had depended upon for their livelihood for generations.

By then, Lemons was living in Hong Kong, after working to help manage a million acre plantation forest in China. Lemons had been looking into the idea of carbon credits for several years — a financial instrument designed to allow companies to offset their carbon emissions, either by planting trees or by reworking their business practices to produce less carbon dioxide. But he’d also discovered a practice called “avoided deforestation”, in which carbon was offset not by planting new forests, but by saving existing ones that were earmarked for destruction.

Lemons went to the Seruyan to meet primatologist Birute Galdikas, whom he had read about in National Geographic as a teenager; she had been working with the orangutans in the forest since the 1970s. And again, he saw an opportunity. 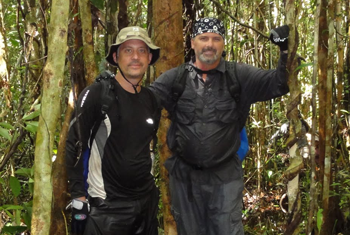 The first of these, founded in 2007, is the Rimba Raya Biodiversity Reserve, in the heart of the Seruyan. Covering 64,000 hectares of lowland peat swamp forest, Rimba Raya is home to over 600 recorded species of flora and fauna, including Galdikas’ orangutans; over 100 of them are endangered and threatened. By creating a methodology for accurately measuring emissions offset from avoided deforestation — which they named REDD+ — InfiniteEARTH was able to provide 130 million tons of carbon credits to purchasers... and in doing so, they created a place where nature could breathe free.

Rimba Raya is validated under the Verified Carbon Standard (VCS) and has triple-gold validation under the Climate Community and Biodiversity Alliance Standard (CCBA). It serves not only as a symbol of hope and a global model for avoided deforestation emissions offset, but as proof that conservation can be a sustainable commodity in the free market.

After the stunning success of Rimba Raya, Todd Lemons and Jim Procanik turned their attention towards the global marketplace for buying, selling and trading the carbon credits that Rimba Raya — and the other land banks that InfiniteEARTH was beginning to develop — were actually producing. To do so, they architected a simple, scalable solution for both the accounting and trading of carbon credits.

That solution — based upon decades of proven real world experience and success in the environmental capitalism and carbon offset industries — is Veridium Labs.

The idea of carbon credits is simple enough — by purchasing them, any entity can become a more responsible global citizen by helping to offset their own carbon footprint — but as in most things, the devil is in the details. It can be difficult to quantify the footprint of even a single product’s lifecycle, from raw materials to extraction to manufacturing to distribution through the global supply chain, and the process of buying and selling credits can prove confusing and costly even to a corporation with the best of intentions. 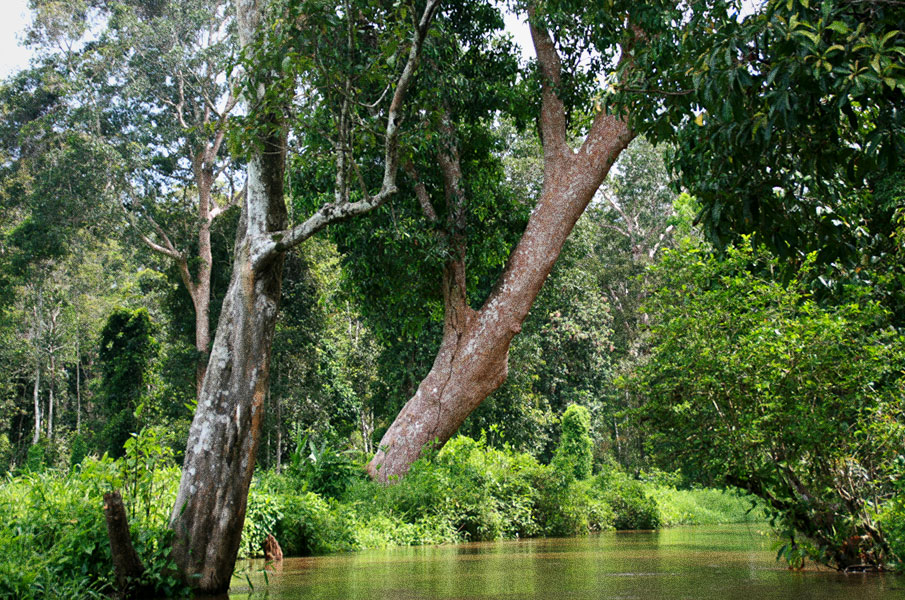 And that’s where Veridium Labs comes in. Created in collaborative partnership with industry leaders. Veridium Labs is a blockchain-based carbon credit and natural capital marketplace that provides a transparent way for corporations, governments and individuals to acquire, trade and account for carbon footprints and offsets. It utilizes the blockchain to turn high-quality carbon credits into easily exchanged assets, and enables liquidity through a crypto-asset marketplace.

Our first token, The CBNR token, represents a single REDD+ carbon credit backed by a diversified portfolio of internationally verified carbon credits. This solution simplifies all of the complicated variables inherent to carbon credit offsetting through a single, easily transferable asset. The credits are derived from a diverse portfolio of projects is managed by the Veridium Foundation, a Canadian non-profit foundation.

From emissions to offset, end to end, Veridium Labs is the solution for managing and trading carbon credits in the global marketplace.

The Future Is Up To Us.

It is often said that we are defined by our actions; but we are equally defined by the way in which we take responsibility for those actions, and their consequences. As our planet and our species face the very real challenges of climate change and environmental degradation, it is vital for all of us to become responsible citizens in the global marketplace, to accept responsibility for our environmental footprint, and to do what we can to reduce that footprint.

Whether you’re a global corporation or the government of a nation or just one citizen of the world, we all need to address our environmental footprint. Veridium Labs will accelerate you into the responsible, renewable and regenerative free market economy of the 21st century.